‘Tis the Season for Crostini

The holiday season is full of cocktail parties. Whether you are hosting or contributing to a pot luck, crostini is always a win-win. Crostini is the Italian word for little toasts. When it comes to crostini, the possibilities are endless. The toppings can be a simple olive cream cheese topped with crispy bacon or more involved with a thin layer of pesto with fresh mozzarella and quartered grape tomatoes.

Our fool proof method for making crostini: Pre-heat the oven to 400°F. Cut a baguette into 1/2-inch thick slices. Transfer the slices to a baking sheet. Generously brush the bread with oil or spray the tops with cooking spray, turn the slices and repeat. Bake for 8-10 minutes until crispy and lightly golden.  Transfer the slices to a cooling rack. This step can be done one day ahead of time, just keep the cooled crostini in an air-tight container. 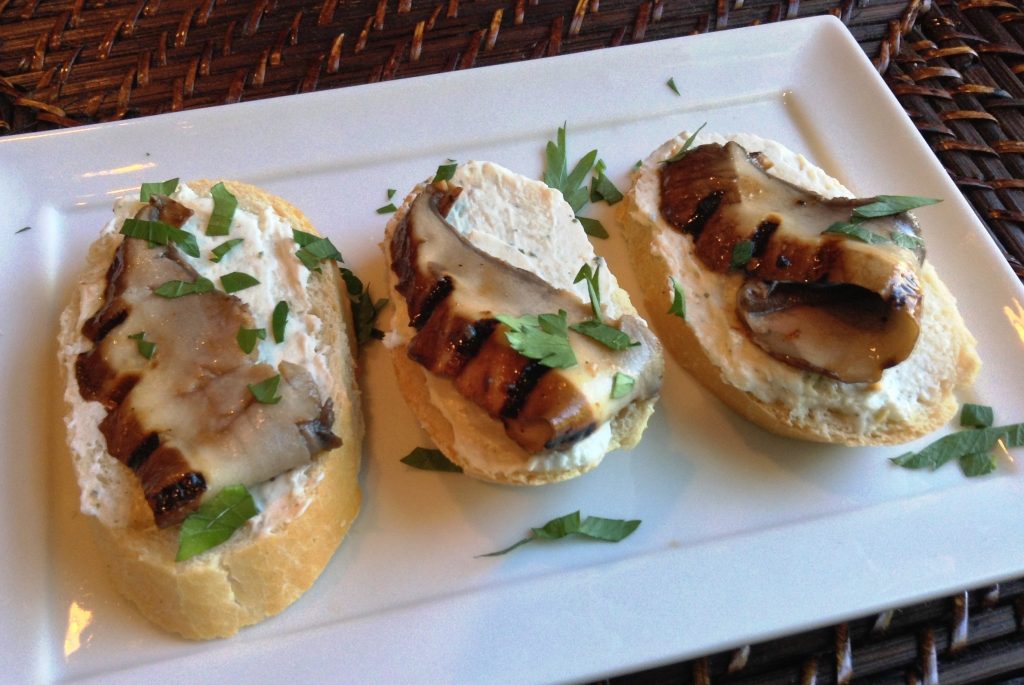